Using a Community Garden Development to Strengthen a Neighbourhood

After years of neglect our communal tenement garden was overgrown with brambles, ivy, and weeds. It was damp and dark with an unloved feeling, and becoming unpleasant to be in. With lockdown restrictions in place and furloughed workers at home, together we had the opportunity to rejuvenate this shared space for all to enjoy.

Objective 1 – Cut Back the Jungle: Armed with machetes, some blunt secateurs and a pair of borrowed loppers, my wife and some brave neighbours set about taming the jungle. What started as a minor weeding and clipping soon became major chopping and felling. We had to organise for a very large truck to come and take away all the cuttings to a garden waste recycling centre, as the councils facility was closed over lockdown.

Once the overgrown weeds were cut back we could plant some nice plants and shrubs, sow some grass seeds where the lawn had been covered and add some nice details around the borders. Painting the original cast iron washing poles was the finishing touch.

Objective 2 – Make It Childproof: We needed something to stop our 2 year old son from going over the edge, literally, as due to the sloping site there are 6 foot drops on three sides of the garden. Fences were required.

We were lucky to find fence materials which were sourced from what seemed like the only builders’ merchants open during lockdown. Our upstairs neighbour had built fences before so was able to show us how it was done. Hard graft but satisfying work when it’s completed.

Transforming an Unloved Corner With Texture And Colour: There was an unloved corner of the garden, and some areas with poor soil or where planting wasn’t appropriate. The new playground bark chippings add a great finish to these areas, and really transform the look and feel of the garden.

Building a brick BBQ: Constructed from spare bricks found in the communal coal run area at base level. The bricks had “Gartcraig Patent Glasgow” stamped on them. Some quick online research revealed they were made at the Gartcraig Brickworks which was in operation from 1876-1914.

This job took far longer than anticipated. Lots of time and care went into chipping old cement off of the 90 or so bricks that were required, followed by watching some Youtube videos to learn how to lay bricks, which turned out to be backbreaking work. But it was all worthwhile when we lit the coals for the first time and were able to sit out in the sunshine, cooking or meal.

Homemade Garden Furniture: Scavenged, recycled, up-cycled, industrial chic! Casual coffee table created from old pallets, and a dining table for two made from an old cable drum. These create focal points for two distinct garden areas, allowing more than one household to use the communal garden at the same time.

This work was extremely rewarding and brought together the neighbours in our tenement to create a beautiful place that can be shared by all. The benefits we see are: 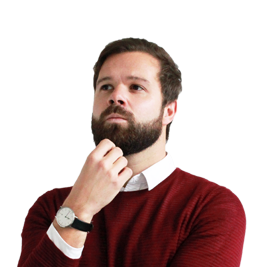 Creating Together – The Threesixty Architecture Cookbook

Ross Street Market and The Barras