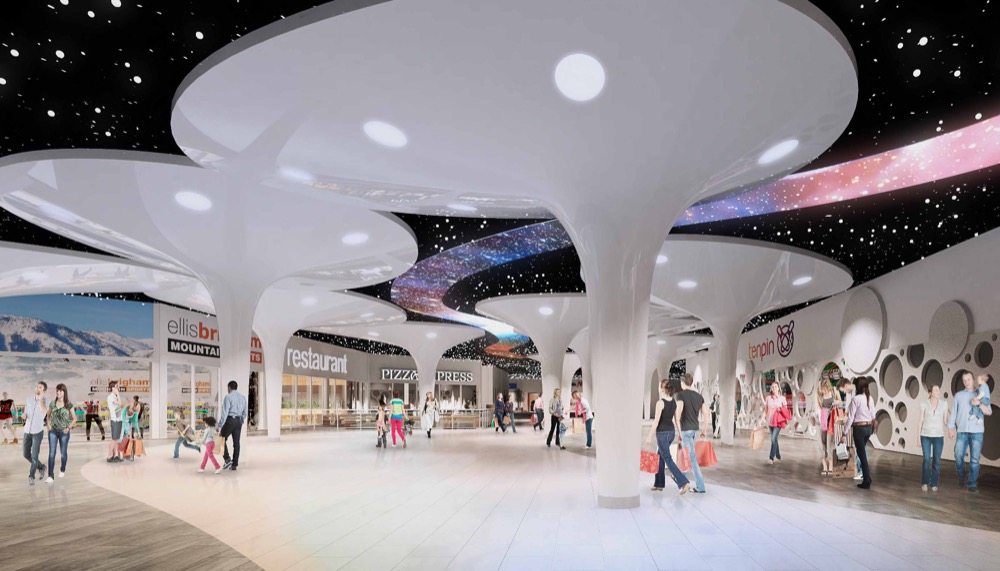 Threesixty Architecture were appointed as concept architects for the interior mall re-alignment and refurbishment of Soar, Intu Braehead, Glasgow. Our concept was to create a unique, stimulating and otherworldly leisure environment.

The interior concept is crisp and retro modern, using fluid and organic forms, or “Space Trees”, to leave a net space at ceiling level where a “Milky Way” ribbon of LED screens threads through to evoke the feeling of being within an alien forest or subterranean grotto; with the plasticity of the form allowing for an unusual and stimulating play of light and shadow.

The proposals for the main entrance area recognised the strong presence of Climbzone as the focal event within this space. To avoid competing with this, a level of organic retro sci-fi design was proposed to the frieze level above shop fronts.

The new concept makes clear that there has been a reinvention of the development a high impact re-brand that creates a wow factor and a talking point. 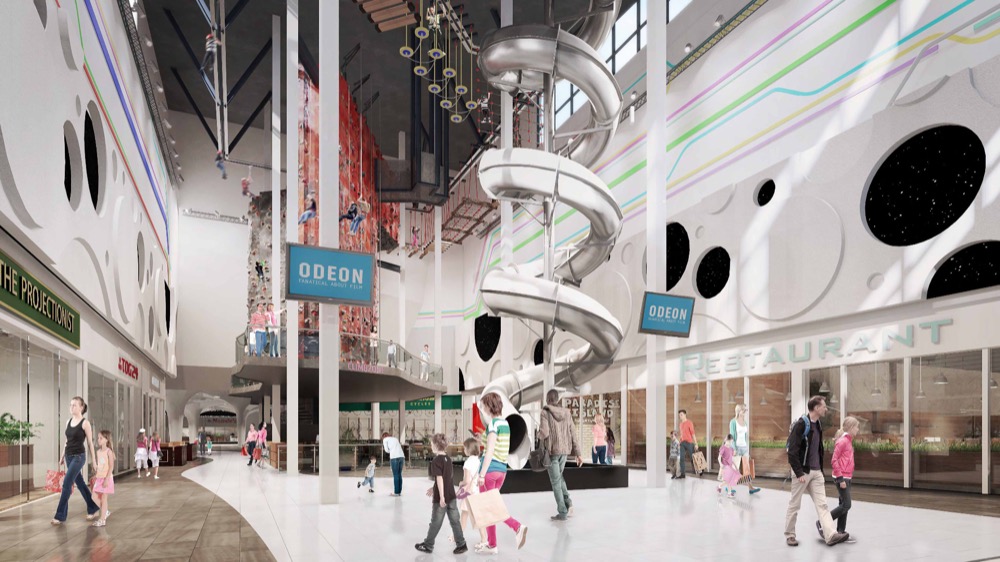 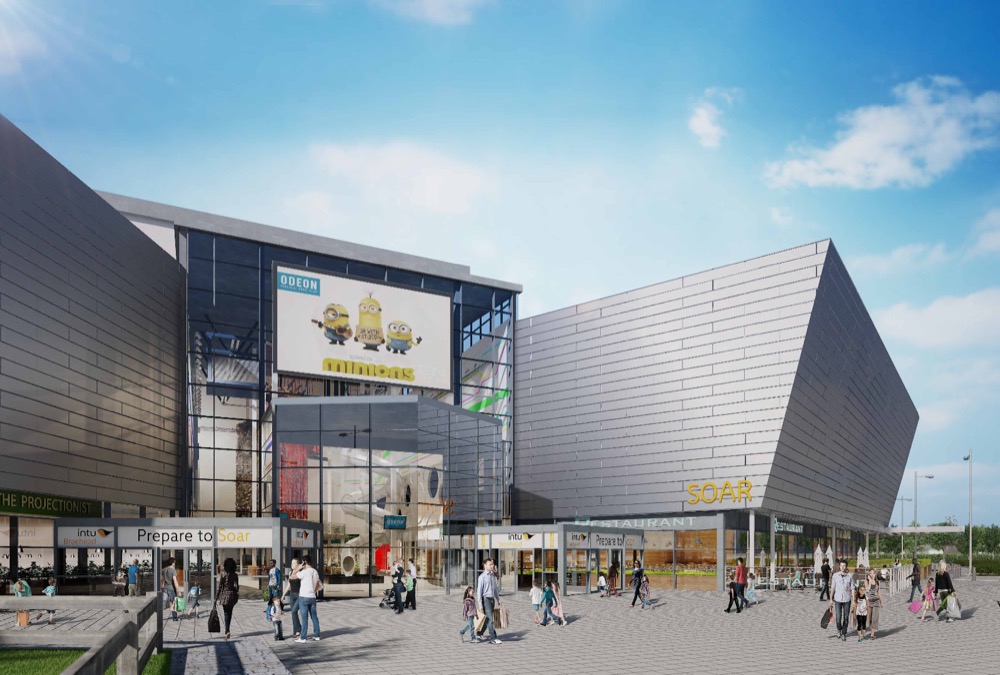 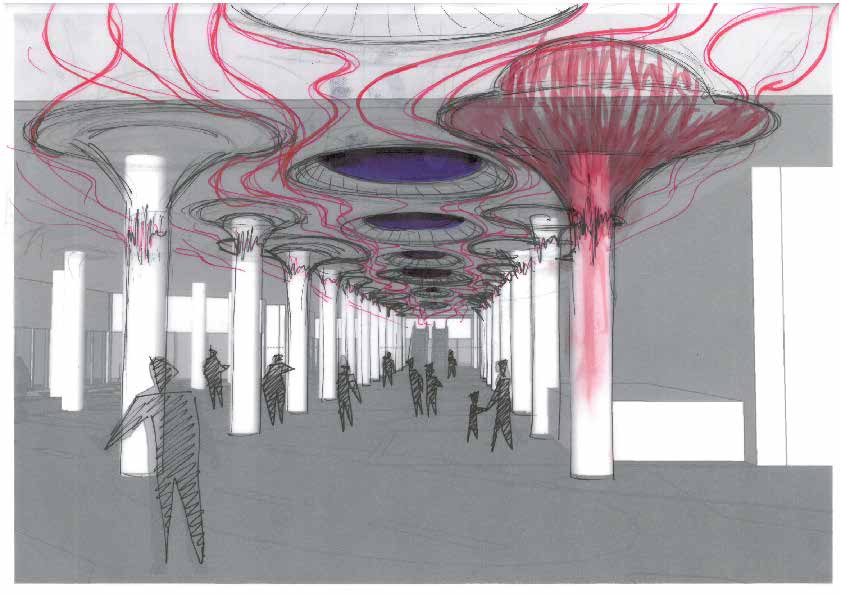